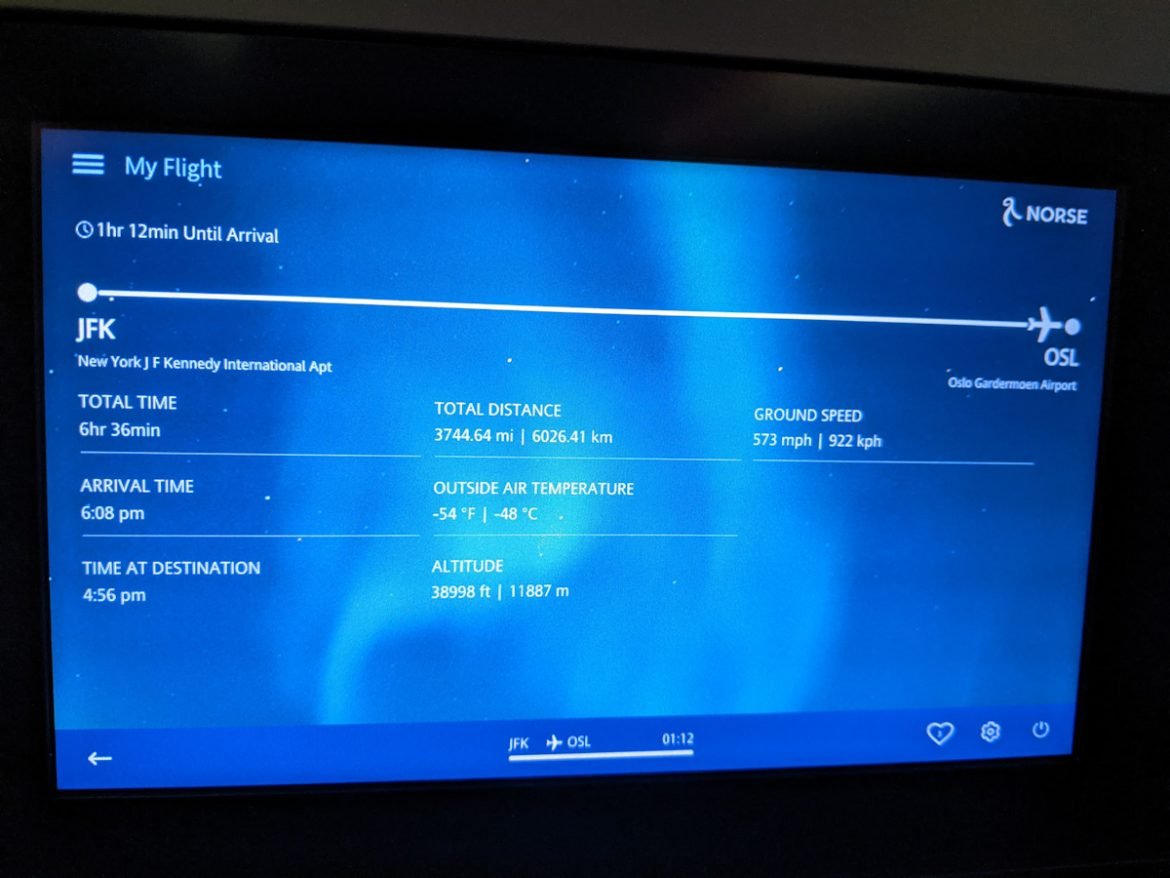 How to File an EU 261 Claim for a Norwegian Airline

We flew Norse Atlantic from JFK to Oslo in June 2022 for less than $125 per person, an amazing price in a nice aircraft, but operationally and service-wise, Norse fell far behind expectations, which are already low for discount airlines.

Our flight was due to depart at 11:55 PM. We checked in online and arrived at JFK at 9:50 PM with mobile boarding passes, planning to use one of the Priority Pass lounges before boarding, but when we reached security, we were told we had to get a printed boarding pass.

The line at check-in was already so long we bid our lounge time goodbye, as all lounges were closing in the next hour or so. Many people in front of us had been there since 9 PM, when check-in opened. We waited three hours and didn’t move. No announcements were made, but we later found out there was a software failure.

After several hours of doing nothing, the gate agents started HANDWRITING boarding passes. They also took photos of our passports on their personal mobile devices and sent them to a group chat to be verified by someone whose software presumably worked. All of us were wondering aloud, how is this secure? Is our data safe? Is this really happening in 2022?

A fellow passenger did a great job documenting our flight.

We finally got our boarding passes and went through security around 1 AM. I think we were one of the earlier people to arrive at our gate because the seats weren’t full at all. An hour later another passenger reported there were still people left to be issued boarding passes, but the check-in crew’s shift had ended, so most of them had left.

We didn’t board the plane until 3 AM. I promptly fell asleep, but just before I did, I heard the pilot saying they were loading the last few bags and we would be taking off shortly. I woke up 2.5 hours later and we hadn’t moved. We’d been sitting on the tarmac the whole time.

We finally departed at 5:34 AM. Norse has been experiencing software issues since their inaugural flight. FlightAware shows that every Norse Atlantic flight (from JFK) since June 15 experienced a delay. We suspect their software issues are also why they don’t show up on Google Flights.

Norse blamed our flight delay on a JFK wide software outage, but other flights took off on time or only with a brief delay, and the people in front of us flying a different airline were able to scan their mobile boarding passes. Only Norse passengers were turned away.

Thank goodness our final destination was Oslo. Most people had connecting flights on unaffiliated airlines. Everyone missed their connection. On top of that, passengers were denied water (this is supposed to be free on Norse), and some people were not served a meal which they had paid for.

Passengers on flights to Norway are protected by EU 261 when a flight is delayed (Article 1c).

When the delay is four hours or more on a flight of more than 3500 kilometers (ours was), passengers are entitled to a right of care including meals and refreshments free of charge (Article 6c). Norse was definitely in violation of this. When the flight took off, it was already 5 hours and 40 minutes after the scheduled departure time. I asked for a meal and was denied. A passenger in front of me asked for water and was denied.

Only after 5 hours are we entitled to a refund of our fare, and the 600 euro golden goose doesn’t apply unless there is a cancellation or denied boarding.

We arrived 4 hours and 31 minutes late in Oslo, just shy of 5 hours. Airlines give themselves extra time when publishing arrival times and pilots make up lost time in the air. They’re well aware that they’re racing the EU 261 clock.

Norse also violated Article 14, their obligation to inform passengers of their rights. At check-in, Norse was supposed to post a clearly visible notice that said:

‘If you are denied boarding or if your flight is cancelled or delayed for at least two hours, ask at the check-in counter or boarding gate for the text stating your rights, particularly with regard to compensation and assistance’.

Norse did not do this, but EU 261 doesn’t spell out monetary compensation for a violation of this article.

The biggest violation however was the breach of data privacy. It’s not covered by EU 261, but it doesn’t hurt to emphasize it in communications with Norse and the Civil Aviation Authority of Norway (CAA).

EU 261 does give airlines an out for extraordinary circumstances which could not have been avoided even if all reasonable measures had been taken, but I don’t think a software problem falls in the same realm as the extraordinary events enumerated in EU 261, which include political instability, meteorological conditions incompatible with the operation of the flight concerned, security risks, unexpected flight safety shortcomings and strikes.

First, email Norse at support@flynorse.com and CC postmottak@caa.no (CAA of Norway’s email). Stick to the facts, keep it concise, and cite exact language from EU 261. Ask for cash compensation, not a voucher. Attach your original ticket(s) and boarding passe(s). You can also attach screenshots from FlightAware.

Wait for a response or in the event of no response, 4 weeks. If you aren’t satisfied with the response, file a complaint with the Civil Aviation Authority of Norway.

Would We Fly Norse Again?

The aircraft itself is nicer than other discount airlines, with better seats, bathrooms, and seat-back screens. The movie selection is particularly good, but bring your own (non-wireless) headphones so you don’t have to buy them.

There aren’t many direct flights from the United States to Oslo. From Boston, they doesn’t exist, and from the New York area, the only other option is Scandinavian Airlines, which just filed for bankruptcy, so Norse Atlantic did fill a need.

Their Economy Light fares only include an underseat bag / personal item measuring 45 x 36 x 22 cm or 17 x 14 x 8 in (no weight restriction). However, their website says, Everyone can also bring one airport shopping bag in addition to their ticket type allowance. We totally saw people with small backpacks carrying overstuffed shopping bags, so this is a useful loophole for some.

If Norse flew from Boston and got their operational issues together, I would reconsider, but because the pilots always seem to make up just enough time in the air to prevent you from receiving any meaningful compensation under EU 261, I don’t think I will haul myself to JFK to chance an overnight delay again.