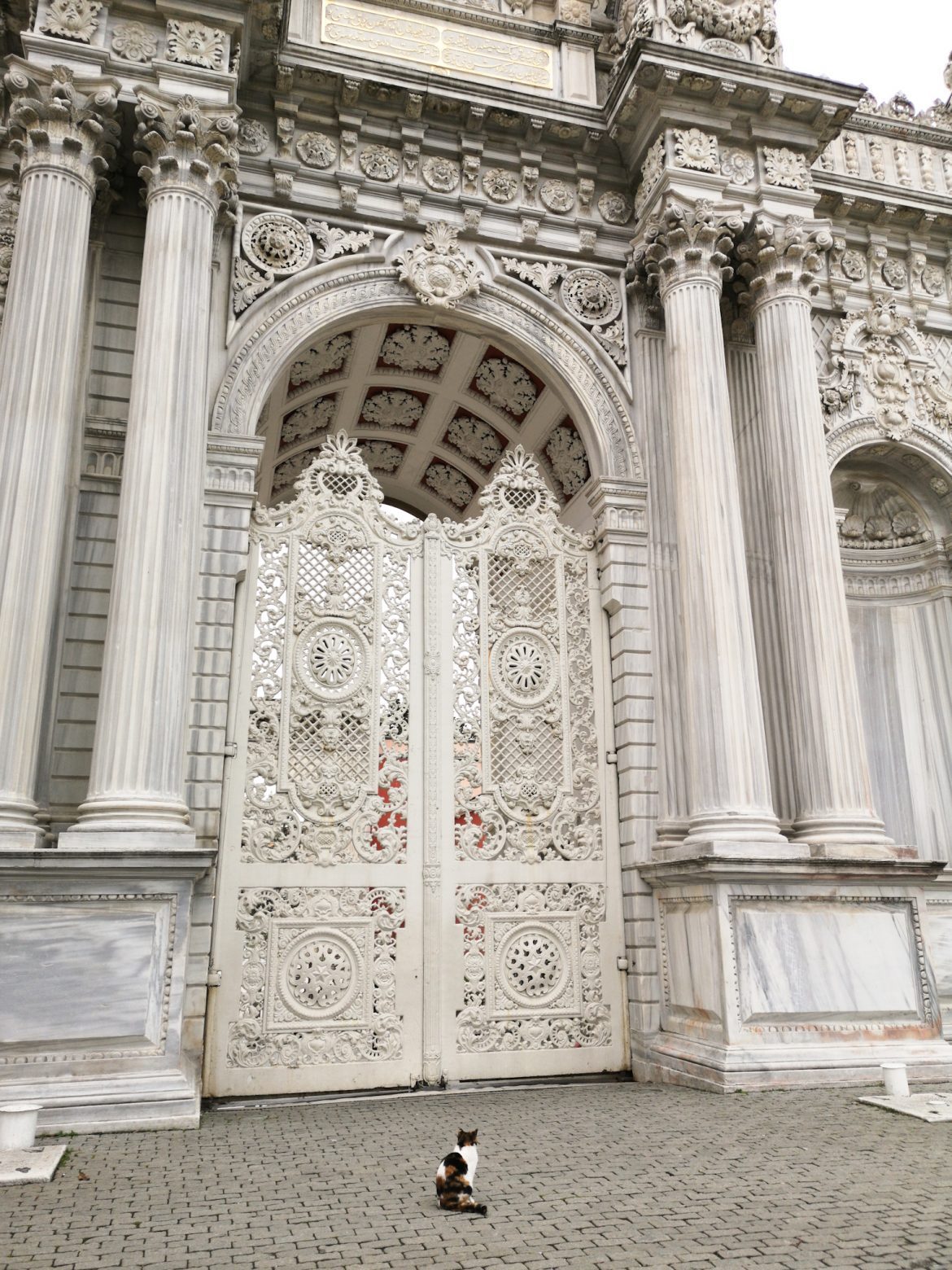 A Visit to Dolmabahçe Palace

Dolmabahçe Palace is our favorite palace in Istanbul. It was a recommendation from Aaron’s sister who lived in Istanbul for 4 years. The architecture, grounds, and setting are all stunning, and surprisingly it’s the least touristy historical site in the city. Aside from a couple Korean tour groups, we mostly wandered through the palace by ourselves, which made it much more enjoyable than other tourist attractions in Istanbul.

On the banks of the Bosphorous, six sultans lived and held court at Dolmabahçe Palace from 1856 to 1924. Atatürk also used the palace from 1927 to 1938 and passed away there. The palace contains its original furnishings, a mix of traditional Ottoman design as well as a variety of imports, including British chandeliers, Japanese vases, and Baccarat crystal.

The rooms become progressively grander and are immaculately preserved (we saw a worker industriously polishing the ceramics). The Ceremonial Hall is simply breathtaking. Here you can see the world’s largest Bohemian crystal chandelier.

The Turkish bath, lit from above by skylights, is particularly beautiful.

Evergreens in the garden keep the grounds perennially green, and magnolias bloom in the spring.

On the northern shore of the Bosphorus, Dolmabahçe Palace is a half hour walk east of Galata Bridge. The palace is composed of two parts: the administrative part called the Selamlik, and the private residences of the Sultan and his family, called the Harem.

Tickets are 60 lira for the Selamlik and 40 lira for the Harem, but you can save 10 lira by buying a combo ticket for 90 lira. The palace is open from 9am – 4pm (though on the day we went it was open till 5pm). According to the official website, it’s closed on Mondays and Thursdays.

Audio guides are provided in several languages free of charge, but they require an ID, passport, or 200 lira per device as a deposit. Give yourself at least two hours to visit, especially if you intend to listen to the full audio guide and explore the gardens as well.

Photos are not allowed inside the palace and there are security cameras as well as guards, so you won’t be able to take photos on a conspicuous camera, but I managed to sneak a few on my phone.

Outside the Palace is the Dolmabahçe Mosque, commissioned in 1852 by the queen mother Bezmi Alem Valide Sultan. A unique circular window design was used for the first time in Ottoman architecture at this mosque. The same architect supervised construction of both the palace and the mosque.

Visiting hours are from 9 to 6 daily except at prayer time. We visited after leaving the palace at 5pm and it seemed like the perfect time of day, as it was quiet and empty inside.

A Winter Weekend in Andorra