Spending a Winter Weekend in Andorra 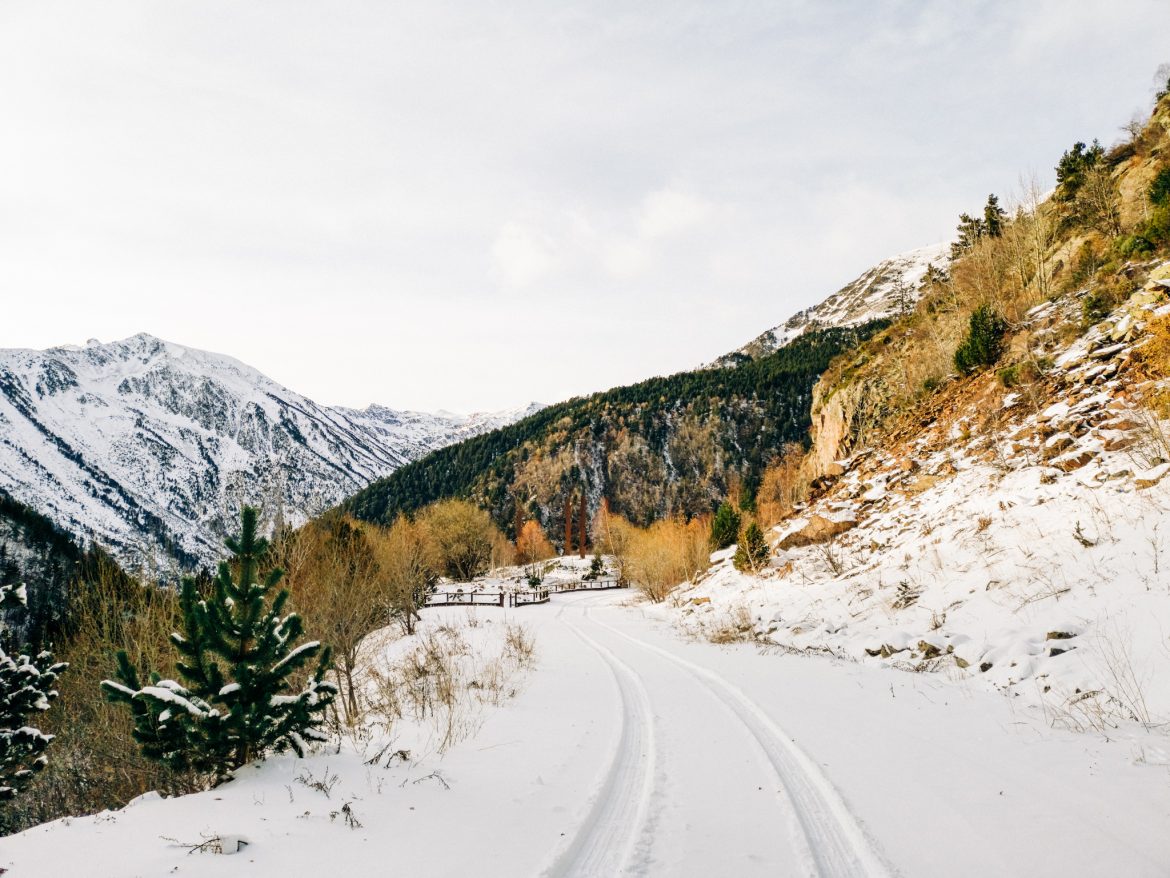 Andorra is a tiny mountainous nation bordering Spain and France, three hours by car from Barcelona. We took advantage of our Barcelona stay to rent a car and drive to Andorra for two nights at the end of November, which is the beginning of their winter. There was snow in the mountains but the road from Spain to Andorra was sunny and clear. We made do with our little Fiat, but any deeper into winter and we’d recommend four wheel drive, especially if you’re planning to go into the mountains. The drive itself is very interesting, passing through beautiful Spanish countryside as well as a contested region that wants independence from Spain.

We stayed in a traditional stone lodge with a working fireplace in town of Ordino, successfully got a fire going at night, and had a bottle of Andorran wine. Definitely try to stay in something similar if you come to Andorra. The stone houses are really well constructed. We visited Sant Martí de la Cortinada, an 11th century stone church that we’re pretty sure locals still go to today. It may sound remote but there were plenty of restaurants on our street.

The best thing we did in Andorra was drive into the mountains and hike through the snow into a national park, Parc Natural de la Vall de Sorteny, next to the Ordino ski resort, Ordino Arcalís estación de esquí. The ski lifts weren’t open yet in late November but there was snow on the mountainside. We saw people hiking up and skiing down on their own. The roads were well plowed so we did okay in our small car. In the national park we walked on a path flattened by a snowmobile in just sneakers, but if you have room to bring hiking boots that would be better. We can also imagine how nice this region would be to hike in the summer. There was a mountain lake we wanted to see but the trail was covered in deep snow.

Before we came to Andorra, some people told us there wasn’t much to see or do here, that it was just shopping and malls. We completely disagree. The nature and views are stunning. Just skip the downtown area and head straight to the mountains.

An Underrated Gem in Istanbul