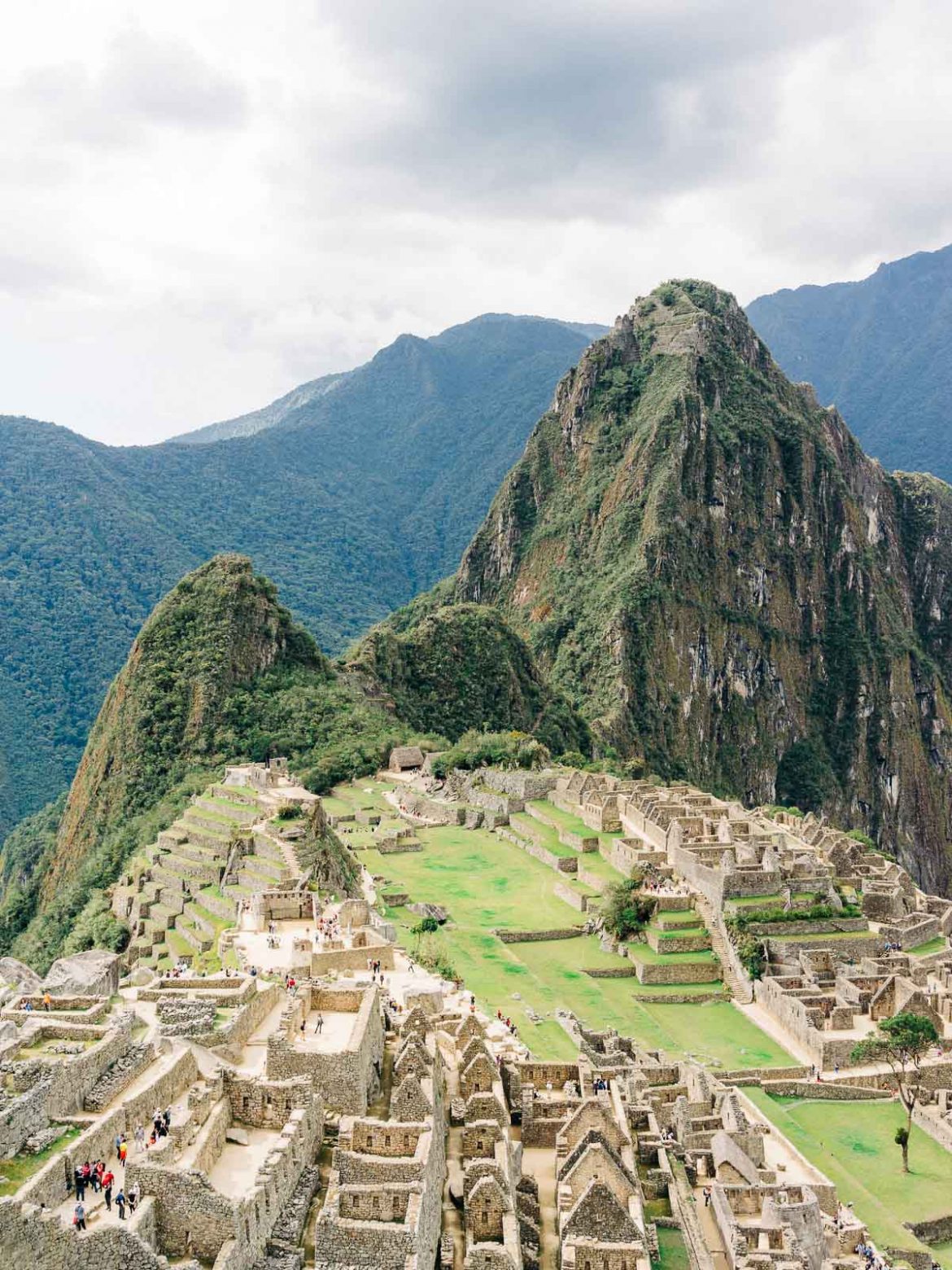 In October I took a day trip to Machu Picchu from Cusco. I wasn’t sure if my timing would be too tight, but it turned out perfectly.

While it’s not necessarily the best way to see Machu Picchu, for me it was the most practical as Aaron had already seen it 15 years earlier, so I was going alone while he stayed back in Cusco.

Some travelers we met seemed to think it wouldn’t be doable in a single day, but it’s actually quite easy. Machu Picchu is relatively small, so four hours is plenty. You won’t see the sunrise, but you will witness the magical golden hour before sunset.

With only one day, I decided to take the train straight from Cusco to Aguas Calientes, where the shuttle to Machu Picchu leaves from.

There are two train companies, Peru Rail and Inca Rail. They have different stations and run at different times, so it’s best to search both websites.

You get a slight discount if you book roundtrip within a single company, but mixing and matching can give you a better itinerary.

I bought train tickets a week in advance and found times that worked for me, but several options were already sold out so it’s better to look earlier.

I got some discounted tickets, but I’m not sure if this was last minute pricing or a regular promotion. It could have been the time of year as well, since October is outside the high season of May to August.

In addition to train tickets, you’ll need to book a time slot on the official Machu Picchu website. Tickets are 152 Peruvian soles (about $45 USD) for foreigners. Time slots start at 6am, end at 2pm, and are good for four hours, although once you’re in, nobody checks.

Sunrise and morning tickets for Waynapicchu and Machu Picchu Mountain cost extra and sell out early, but on a day trip you most likely won’t be able to make even the latest of these time slots, so don’t worry about them.

Once you’ve purchased train tickets, be sure to pick them up in the PeruRail or IncaRail offices in advance of your departure.

You don’t need to print your Machu Picchu ticket; presenting it on your phone is fine, but do make sure to bring your passport on the day of your visit.

Morning of Your Visit

I took the 8:25am PeruRail Vistadome from Poroy Station, a half hour drive from Cusco center. You can take an Uber there for about $9 USD.

The train ticket was $76 USD on a promotion, which I thought was a pretty good deal for the Vistadome, the middle tiered train.

Expedition trains have smaller windows and Sacred Valley trains have even bigger ones, but I thought the Vistadome had plenty for a great view no matter where you sat.

The train ride itself is an important part of the journey to Machu Picchu for the views of the sacred valley, so the more windows the better. On the way back it doesn’t matter because it’ll be dark by then.

On board the Vistadome, everyone was served a warm spinach and egg pie, coffee, juice, and fresh fruit. The dining experience was quite nice.

The only problem with PeruRail were delays that morning on all their trains, which meant I arrived at Machu Picchu an hour late.

Time is precious at Machu Picchu in the afternoon because it closes at 5:30pm, so if I did it over I’d book an earlier train just to be on the safe side.

Upon arrival in Aguas Calientes, I exited the train station through the market (a bit of a maze), crossed the bridge, and saw the shuttle buses to my left on the other side.

You can buy the bus ticket on a walk-up basis. A round trip ticket costs 24 USD, but you can save a little by paying in Peruvian currency at the ticket office around the corner. The trip takes about 30 minutes.

Once you arrive at Machu Picchu, go to the bathroom first before scanning your ticket, because there are no bathrooms inside the site and you can’t re-enter with the same ticket.

You can bring in food and water. The official rules say you can’t but nobody checks.

Guide or No Guide?

If you’ve read up on the history of Machu Picchu beforehand, you don’t really need a guide. There are so many groups with guides that you’ll hear snippets anyway.

I recommend reading the Wikipedia page on Machu Picchu before you go. For a more in depth look at the Inca empire, read 1491 – New Revelations of the Americas Before Columbus.

Mostly, you just need to know that Machu Picchu isn’t particularly old (less than 600 years), but is special in that it was hidden from, and thereby survived, the Spanish colonists, and the buildings were built with stones cut precisely to fit into each other each other like a jigsaw puzzle, without mortar. The Incas are renowned for this type of masonry, and it’s a wonder how they got the stones up the mountains.

In addition to exploring the lost city inside the site, I also hiked two trails in opposite directions, one with a view of the valley below and the other up to the sun gate.

On the way back from the sun gate, a beautiful rainbow came out after a fine drizzle, and you could see the sun move across Machu Picchu as it began to set.

I rode the 7pm IncaRail Voyager back to Cusco for $89 USD. The main reason I chose IncaRail for my return journey was because they drop you off right in the center of Cusco, at San Pedro Station.

Since I knew I’d be arriving past midnight, I wanted to be as close to our Airbnb as possible.

When you exit San Pedro Station, taxis will be lined up outside, or you can call an Uber. Mine cost less than $2 USD.

Be prepared for any of the train journeys to take longer than scheduled. I was supposed to get home around midnight but it ended up being closer to 1am.

A day trip to Machu Picchu is certainly a long day. You could take an earlier train back, but I really wanted to catch that sunset light. It was well worth it.

Our Guide to Arequipa, Peru’s Most Beautiful City

A Photo Tour of Santa Catalina Monastery in Arequipa

How We Afford to Travel Full-Time