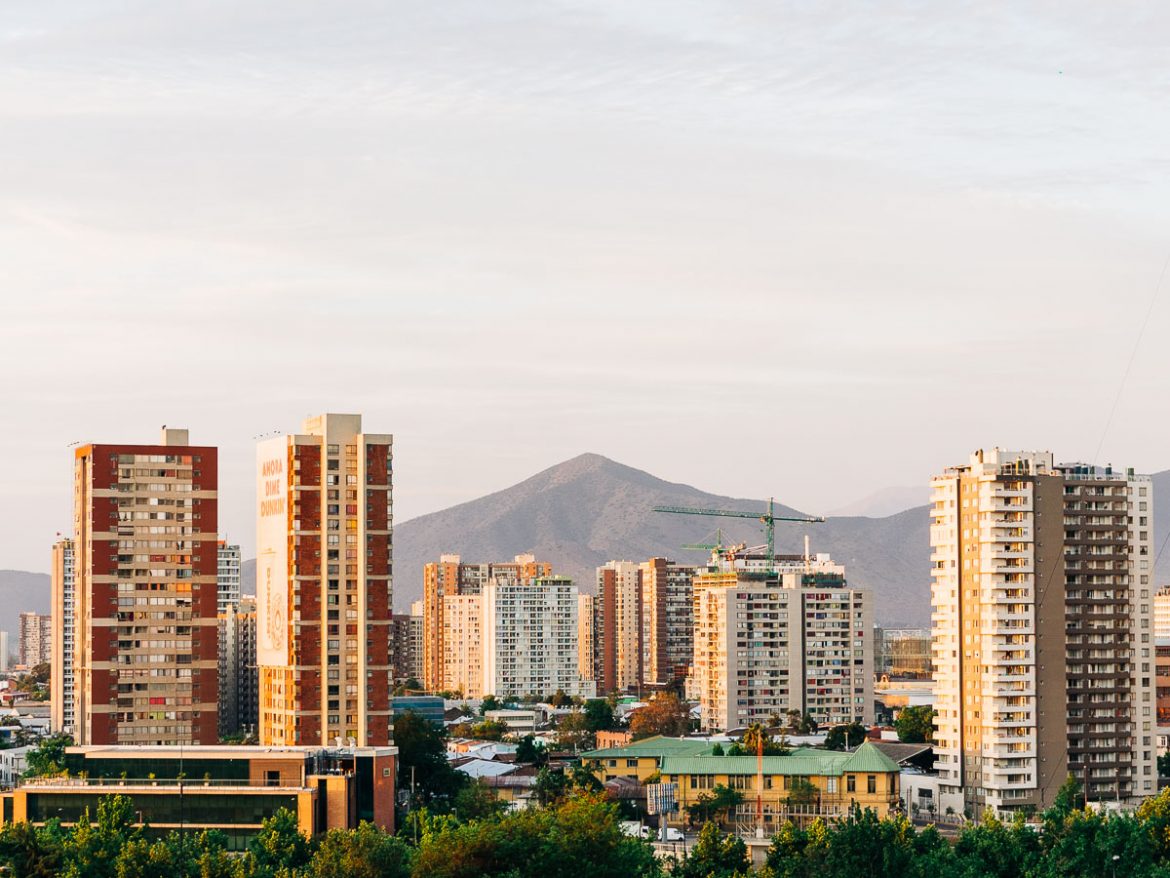 A few days after we arrived in Santiago, the capital of Chile, protests erupted overnight, triggered by an increase in rush hour metro fares from 800 to 830 pesos. They turned violent quickly, inflamed by an early video of a police officer pushing a subway fare evader who ended up tumbling down two flights of stairs. Rioters burned metro stations, banks, pharmacies, and grocery stores.

Streetlights were smashed. Traffic was barricaded by piles of burning trash in the middle of the road. In short order a military curfew was imposed. Pots and pans clanged late into the night, a protesting tradition from Pinochet’s dictatorship when people weren’t allowed to assemble outside, so they clanged away inside their homes instead.

In a matter of days the Chilean president rolled back the metro fare hike and announced an increase in the minimum wage, but protests continued, with violence escalating at night.

Early in the mornings, the police cleared the streets of burnt trash and crews of Haitian laborers power washed the main square, cleaning up after the protesters.

One day, we ventured to Plaza Italia, the epicenter of the protests, during an authorized daytime march. When we arrived, a bank was on fire in broad daylight. Most of the protesters were young and fairly well dressed. When we went deeper into the crowd, our eyes started burning from tear gas still lingering in the air.

The metro shut down after suffering millions of dollars in damage. It’s actually a great subway system, fast and clean with two brand new lines.

Schools and museums closed. Banks and grocery stores were broken into and looted or burned. The Lider chain of supermarkets, owned by Walmart, was especially targeted, even though it had the best prices.

Many small businesses pulled down their metal gates the second they heard a protest coming down the street. Commercial activity ground to a complete halt.

One protester threw a homemade bomb at the military and lit two women on fire.

Valparaíso is an industrial port town built on hills with colorful buildings, street art, and a craft brew scene. It’s also a city that’s been in decline since its heyday as the largest port in Latin America 100 years ago. Today, it’s the epicenter of anti-capitalist and anti-establishment sentiment. Ironically, the Chilean Congress convenes here.

Nearly every single grocery store in Valparaiso was looted or burned. Our tour guide, a college student, said she loved that all the grocery stores had been burned. We walked by the skeleton of one, completely hollowed and charred, emanating a noxious smell.

The currency tanked, and tourism took a big hit. Infrastructure damage will also cost a lot to rebuild.

One afternoon, protesters marched into Viña del Mar, an affluent coastal city, pushing dumpsters into the center of several intersections and lighting them on fire. They ripped plywood from a boarded up bank to fuel the fire, then smashed the glass windows of the bank along with its security camera.

After the military cleared through, residents went outside to sweep up the debris and push the dumpsters upright again.

A few blocks away protesters looted a Burger King and a Kia Motors dealership, smashing brand new cars and emptying the Burger King of all its furniture.

How Did This Happen?

Thirty years ago Chile’s brutal military dictatorship ended, and since then it has become the richest and most politically stable country in Latin America, but with that came rising inequality.

Chile has the highest income inequality among OECD countries along with a high cost of living. Food prices in Chile are almost as high as in the US. Chileans also pay a hefty 19% sales tax, even on food and medicine. At hotels, foreigners don’t have to pay this tax, but Chileans still do. The difference in quality between private and public education also reinforces this inequality.

The government also privatized many industries, even the water supply, in its embrace of capitalism. Unrest can result when people don’t feel a sense of ownership in their own country.

The Pinochet dictatorship is recent enough history for most generations of Chileans that any sort of government suppression, like a curfew, triggers the trauma people still feel from that era. Even though Chile is a full democracy today, protesters were quick to equate the current government’s actions with Pinochet.

Despite the rioting, 85% of Chileans supported the protests. Only 47% of Chileans voted in the last election, when the current president was elected, which ranks Chile at the bottom of OECD countries for voter turnout. This is partly explained by a lack of leadership from the left, which has not put forth a strong candidate recently.

Out of the first 20 deaths, 5 people were killed by the military and 15 as a result of civilian violence. Of these 15, ten people died in fires set by rioters; one man was accidentally shot and killed by his father-in-law who was trying to stop looters; another was shot by his tenant who feared looting; two protesters were hit by a car and killed; and one man electrocuted himself while looting a grocery store.

The currency devalued by 5% in the first month. Prior to the protest, economic activity had grown 3% in the prior month.

A university building in Santiago was burned, a church was looted, and its religious relics were burned in a street barricade. The first shooting by a civilian also occurred in Viña del Mar, though it was by an anti-Communist American.

We’re now in the lakes district of Chile, in the small towns of Pucon and Puerto Varas. Even here some businesses have boarded up their storefronts. Compared to the Santiago metropolitan region though, there’s not much damage, much less graffiti, and only a few shattered glass windows. However, we were surprised at how empty Pucon was at the beginning of peak tourist season. Summer tourism is a significant part of the Chilean economy, but news reports are saying it simply isn’t going to happen this year.

The protests have calmed down since a new constitution was signed recently, but the economic effects are really starting to kick in now. When we arrived in Chile on October 16, the exchange rate was 1 USD to 709 Chilean pesos. Today, on November 30, it’s 1 USD to 858 Chilean pesos. The currency has devalued by a whopping 20% in just 6 weeks.

We arrived in Puerto Williams, the southernmost city in Chile and in the world. It’s an up and coming travel destination due to this designation and a 5 day trek through the island’s mountain range that attracts avid hikers from all over the world. This year however, tourism has come to a sudden halt due to the protests. The owner of our hotel said this time last year, his hotel was full, but this year, we’re the only guests. Everyone else cancelled, unsure if airports would remain open.

The tourism season here is short, only a few summer months. Our kayak guide seemed uncertain whether he’d make enough this season to last him the rest of the year. We’re sad for these small business owners who are so far removed from the protests up north, yet seem to be the hardest hit.

If you’re planning a trip to Chile, I would advise avoiding Santiago, Valparaiso, and Vina del Mar until the protests are over, and instead heading south to the Lake District and Patagonia.

A Photo Tour of Santa Catalina Monastery in Arequipa

How We Afford to Travel Full-Time